The Lantern festival, a kind of extension of the Chinese new year celebration started about a week ago. This year the main celebration is here in Hsinchu. We have seen some lanterns in the city center, which were pretty nice, but nothing spectacular. 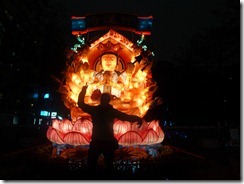 The best lantern in the city center

However, on Saturday last week, me, Yini and Kai went to the main festival grounds just outside the city, and boy was it overwhelming.  There were lanterns absolutely everywhere, lanterns in all shapes, sizes and colors. Some where made to look like well know characters while others were more artistic. Along with the lanterns was a mass of people milling about, looking at lanterns and buying street snacks and souvenirs

Two panoramas to give you a general impression

There was nothing for it but to dive right in. We walked around on the main square for a while, then discovered that the exhibit continued along one road and followed that for a while, finding even more lanterns. It was crazy, such a big area just full of lights and people, and more over, some of the lanterns were really spectacular. There’s not much more to say really, except showing a bunch of pictures of these amazing creations of light. 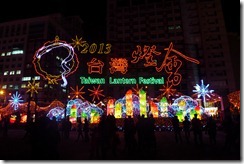 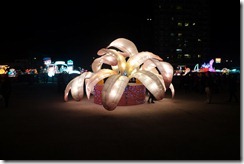 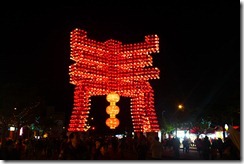 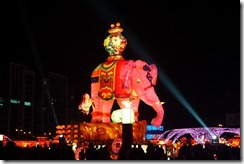 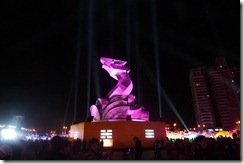 A representative for the year of the snake 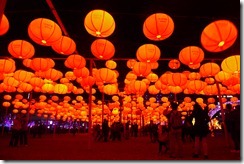 These two were the absolute best, I love them.